RALEIGH –Despite changes brought by the COVID-19 pandemic, North Carolina is holding its own — ranking No. 5 for “Top States Doing Business,” according to a new report released by digital magazine Area Development.

Meanwhile, the top three states for 2020 are the same as they were in 2019: Georgia, Tennessee, and South Carolina — same states and same order. Texas, North Carolina, and Alabama placed fourth, fifth and sixth this year — and that same trio placed sixth, fifth, and fourth, respectively, last year.

The rankings reflect the results of the magazine’s recent survey asking leading consultants to industry to give us their top state picks in 13 categories that impact companies’ location and facility plans. The states in each category were ranked based on their number of mentions in the particular category, and total mentions in all 13 categories were calculated to rank the top 20 states overall.

North Carolina tied for fifth. Georgia is tops in this department, helping solidify its case as the overall winner for 2020. Last year’s runner up, Texas, is runner-up again this year in this category, continuing to benefit from a favorable tax environment and generous incentives. Tennessee was first last year and is third this year, a reflection of the hot competition to drive down business costs.

North Carolina tied for eighth. Georgia also ranks highest this year with tax credits for job creation, plus credits for R&D investments, using its ports, and expanding operations. South Carolina is a perennial leader in incentives. Though it drops to second this year, its incentive list continues to be generous. Tennessee ranks third, and as always, this list tilts heavily toward the South.

North Carolina tied for seventh, while New York and California top the list. Massachusetts is also one of the hottest places for VC, is fourth, and third-place is owned by Texas, where generous incentives and special programs make project funding a relative cinch. Tied for fifth place in this category are Georgia and Illinois.

Georgia, North Carolina, Tennessee, and Texas were leaders last year in labor, and they are again in this year’s list — with North Carolina ranked No. 2. Indiana lands the fifth-place spot for 2020. Tennessee, in fact, ranks fifth in population growth among the sought-after millennial workforce, according to a U.S.News report, and North Carolina is eighth. Interestingly, Utah, which is tied for seventh in this category, is first for growth of its young workforce according to U.S.News.

North Carolina tied for sixth place in workforce training programs. Georgia ranks first in this category, and its Quick Start program has years of experience creating customized job-training programs that are free to qualified companies. Linked to the Technical College System of Georgia, the program is so highly regarded that a number of other states have used it as a model.

Second is Louisiana, which a dozen years ago launched its FastStart program that aims to ensure workers are ready from the first day on the job at a new or expanding facility. AIDT is a state agency that’s in the business of recruiting and training workers for new and expanding employers in the third-place state of Alabama. Tied for fourth in this category are Virginia, with its Virginia Talent Accelerator Program offering company-specific recruitment and training services, and South Carolina, home of the well-regarded readySC program with recruiting, assessment, training development, management, and implementation services.

North Carolina ranked No. 3. Tied for the top spot in this category are Georgia and Tennessee. An abundance of hydropower helps keep rates lower in Tennessee — it’s among the leading hydropower states east of the Rocky Mountains.

Meanwhile, third-place North Carolina is near the top in production of nuclear power. And fourth-place Texas is a major player in wind power. Washington, in the fifth spot in this category, is even bigger in hydropower, producing nearly a third of America’s supply of that particular renewable resource.

North Carolina didn’t make this list. Georgia was top ranked Georgia with the world’s busiest passenger airport in Atlanta. Texas weighs in with the lengthiest collection of freight rail and public roads of any state, and nearly a dozen deepwater ports, including the busy port of Houston. Tennessee and Indiana, ranked third and fourth, claim the biggest and second-biggest FedEx airport hubs among their logistics and infrastructure assets. Memphis is the nation’s number-one airport in terms of cargo handled. Indiana took the top slot in a recent CNBC ranking of infrastructure, aided by highway and rail assets, ports, and a central location. Ranked fifth in this category, Ohio, has similar location and infrastructure advantages as its neighbor and was also near the top of the CNBC review, as were Tennessee and Georgia.

North Carolina ranked third. Tennessee tops the list, while Georgia, in the number-two spot, counters with its GRAD Certified Sites program. Short for Georgia Ready for Accelerated Development, the program has more than five dozen industrial certified sites that have all the due diligence already completed and are prepared for fast-track construction. Similar programs in many states offer pre-vetted sites, and our survey respondents were particularly impressed with the offerings in the Carolinas and Indiana.

North Carolina ranked fourth. The consultants who responded found Georgia to have an especially attractive inventory of available real estate. They also spotlighted good prospects in Texas, Tennessee, and North Carolina. Tied for fifth place in this category are Alabama, Indiana, and Ohio.

North Carolina ranked fourth again. We wind up this detailed exploration of Top States for Doing Business with a look at four interrelated categories that essentially have to do with the welcome mat states have put out. Just how will prospects feel about the cooperative nature of government leaders and programs, regulators, and tax collectors? The answer starts with a handshake — or maybe an elbow-bump in a post-pandemic world — but that has to be backed up by actions that include assistance with location selection, local introductions and approvals, and the crafting of programs for incentives and training.

The responding consultants generally have found the most cooperative and responsive state governments in the Southern States, led by Georgia, South Carolina, Tennessee, and North Carolina. They are attracted by what people in Indiana call Hoosier Hospitality, which is reflected in the state government. But then the list heads southward again, visiting Alabama, Virginia, Mississippi, and Texas before landing out West to Arizona.

Florida tops the list in this category by saying “no” to a lot of pesky taxes. For certain kinds of corporate structures, there’s no corporate income tax at all. There’s no state-level property tax, no property tax on business inventories, and no corporate franchise tax on capital stock. “No” on a lot of other taxes too — and also no state personal income tax.

Texas, in the second spot, also says “no” to some significant taxes, including corporate and personal income tax. The respondents also find the corporate tax structure advantageous in Tennessee, Georgia, and Nevada, to round out the top five.

Site consultants will tell you the Southern States are where you’re least likely to encounter red tape/ Indeed, the top 10 states for favorable regulatory environment are all in the southern part of the country, with the lone exception of Indiana, in the sixth spot. In all of these states, an economic development prospect can expect an easier-than-average experience dealing with environmental regulations, zoning matters, workplace safety authorities, and other potential roadblocks.

Georgia leads the pack, followed by Alabama, South Carolina, Tennessee, and Mississippi. That said, the top 10 list suggests that a commitment to speedy permitting can be found outside the usual spots in the South — Indiana, Utah, Arizona, and Missouri also earn recognition from the consultants responding to our survey. 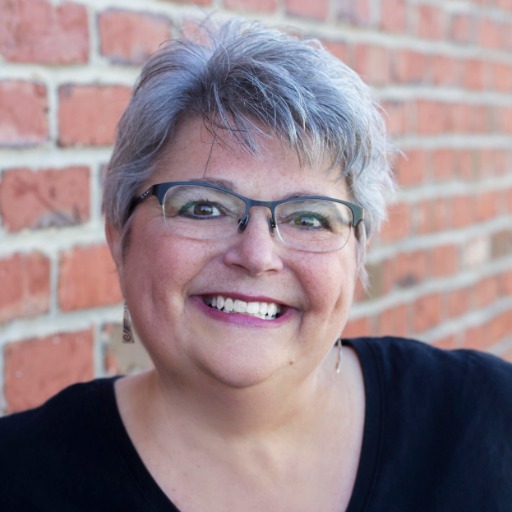 I love calling North Carolina home. Being a Realtor and ambassador for this great state is my passion. I was born in Durham and have lived and worked in the Triangle area and Eastern NC my entire life....

Three MUST-DO'S When Selling Your Home in 2021!

3 Must-Do’s When Selling Your House This YearIt’s exciting to put a house on the market and to think about making new memories in new spaces. However, despite the anticipation of what

Many industries have been devastated by the economic shutdown caused by the COVID-19 virus. Real estate is not one of them!Buyer demand is still strong heading into the fall.

It’s time for Downtown Raleigh Restaurant Week. Here’s what that means in a pandemic.

Restaurant weeks usually fall when diners need an extra push to venture out, say the hot side of summer and the snowy side of winter. This year, as COVID-19 has devastated the local dining

RALEIGH –Despite changes brought by the COVID-19 pandemic, North Carolina is holding its own — ranking No. 5 for “Top States Doing Business,” according to a new

By registering, you agree to our terms of use and that real estate professionals from HomeTowne Realty Clayton East and lenders may call/text you about your inquiry, which may involve use of automated means and prerecorded/artificial voices. Message frequency varies. Text HELP for help or STOP to cancel. You don't need to consent as a condition of buying any property, goods or services. Messages/data rates may apply. Additional information about data use is in our privacy policy.